Hawaii Island is the largest island in the Hawaiian Chain, having more land mass than all of the other islands put together. The Big Island also has 11 out of 13 world climates and was the favorite island of relaxation for King Kamehameha. As the youngest of the Islands, the surrounding blue Pacific Ocean is the clearest found anywhere with many fine beaches on the Kona side of the island. Hawaii Island is the least populated of all the islands and still very provincial in many ways.  The Kona International Airport (KOA) is fast becoming the final destination point for the wise visitor to Hawaii. Due to the new runway extensions, for the first time 747's are flying directly to Kona. As you come into the airport you will feel that you have just landed on the moon. The State has made use of a volcanic flows of the 1800's to establish this new airport 9.5 miles north of the lush tropical village of Kailua-Kona.

Kailua-Kona and the Kona Coast

Kailua-Kona overflows with history. In 1812 King Kamehameha resided at Kamakahonu (Kailua-Kona) until his death on May 8, 1819 on Kailua Bay.  The missionaries first landed in Hawaii at Kailua-Kona on April 20 1820 a few months after the Kapu system had been destroyed by the Hawaiian People. The first church, Mokuaikaua was dedicated in 1837 in Kailua-Kona and is one of the most beautiful structures anywhere. In 1838 Governor Kuakini built Hulihe'e Palace across the street. The Daughters of Hawaii have restored that structure and made it into a museum of old Hawaiian artifacts. The lawn by the beach is a beautiful place to have a picnic. The little village has been locked in time by the County of Hawaii and with the pier and bay is a wonderful sunset experience. Only five miles from Kailua-Kona is the quaint artist colony of Holualoa in Up-Country Kona Coffee Country. Old stores, shops and some of the best artists in Hawaii share the beauty of their gifts. Many of the Coffee producers have guided tours and fresh Kona Coffee for visitors.

The Sunny Kona Coast has lots of beautiful places to go, great beaches and many activities: Game Fishing, the best in the world, Guide Hunting for wild boar, submarine excursion, para-sailing, jet skis, sailing and on and on. Kahalu'u Beach Park is one of the finest protected snorkeling beaches anywhere. Watch the Manta Rays feeding at Keauhou Bay at night, a wonderful experience.

Conde Nast elected Hapuna Beach only 30 minutes north of Kailua as one of the best white sand beaches in the world. Kailua-Kona hosts the Ironman Triathlon in October each year, the Kona Coffee Festival begins at the end of October. The rainfall in Kailua-Kona is a very moderate 30 inches per year. You should allow at least 4 days to take a quick look at the Big Island, a week would not be regretted. Driving time around the Big Island of Hawaii is about 5 hours. Hilo is the wettest city in the U.S. with 10 feet of rain per year. At the volcano it is nearly 17 feet of rain per year. So it is wise to anchor on the Kona dry side of  the Island for exploring the Big Island of Hawaii.

Hale Maluhia Country Inn is located on a Tropical Up-Country Acre Estate with a touch of Eden at a delightful elevation of 940 feet. This Inn was constructed by the original owner as a Polynesian Cluster Plantation Estate of 2 homes and 2 Cottages under large shade trees with a covered Japanese jetted Spa. A tropical garden experience with very large monkey pod, banyan, banana, bread fruit, macnut, papaya and island shade trees. Includes koi ponds, stream, waterfalls, gardens and Kona coffee trees all close by... 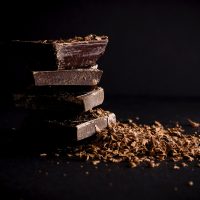 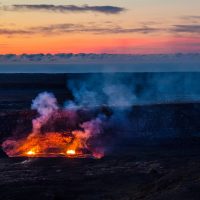 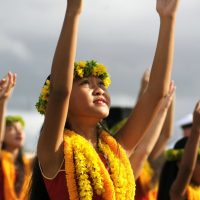